WHAT DREW YOU TO ORIGIN SC ORIGINALLY? AND HOW HAS THE ORGANIZATION CHANGED SINCE? 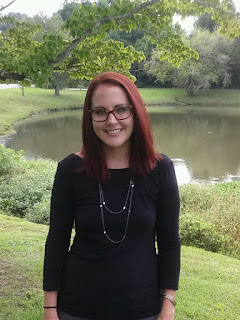 When I was hired here, it was as a temporary employee. I had been offered another position at a bank at the same time I was offered a position here. I was drawn to this agency because of all the different ways in which they helped people in our community. When I was in college studying finance, I remember saying that I wanted to use that knowledge in order to work with every day people in bettering their financial situations. Origin SC has absolutely allowed me to do that. The agency has changed in so many ways since I first started, but what I’ve noticed the most is the change in the housing division. I started here auditing and scanning foreclosure intervention client files, and there were boxes upon boxes of these files of clients we assisted in saving their homes. Foreclosure prevention was one of the biggest things that we did, but now as foreclosures have decreased, we are focusing more on homeownership promotion and assisting individuals and families purchase their first home. I’m very happy to be a part of all of it.

What has surprised you the most about working at Origin SC?
I am most surprised by the impact we are able to make in people’s lives. There are times where I feel as though it’s just my job to help someone pay their credit cards more easily and affordably, and that it’s not that big of a deal; however, it is a big deal, and my clients tell me that all the time. It’s especially great when someone is able to pay off their debt management program early because they have made significant changes to their spending habits, stuck to a budget, and just made better decisions overall. What we do every day, which is something we can sometimes take for granted because it’s just our job, really does make people’s lives better. I constantly get surprised by that.

What is an experience that has really shaped who you are?

I was still in college when I had my first child, and I became a single mother shortly after I graduated. It was definitely a struggle, both financially and emotionally. I didn’t make the best decisions with my finances either – like defaulting on my federal student loans – and rebuilding and getting my footing in life took some time. Thankfully I started working somewhere that could help me make better decisions, and they did! That entire experience has definitely shaped who I am because it made me work that much harder for everything I have now. Going through all of that also helps me relate to my clients better. I can say to them that I know what it’s like to struggle, that I’ve been exactly where they are, and that there’s hope and help out there.

How has Origin SC helped you in your career development?

Origin SC has been incredible with my career development! Like I said, I started out as a temporary employee and was given such great opportunities to move throughout the organization. I’ve spent time at the front desk, as a Representative Payee Counselor, as a Credit and Bankruptcy Counselor, then Consumer Credit Counseling Services Manager, and now I’m a Director. I’ve had so many great leaders to learn and gain inspiration from, like Debbie (the Homeownership Director) and especially from David (our Executive Director). They’ve always pushed me to do more and learn more. If it wasn’t for them, I wouldn’t be serving on the NFCC Operating Committee or on the Council of Advisors on Consumer Credit for the SC Dept of Consumer Affairs.

What is the one thing in this world you are most proud of?

If I had to narrow it down to one thing, I think the thing that I’m most proud of is being appointed by Governor Haley to serve on the Council of Advisors on Consumer Credit. There’s just something about getting a letter addressed to the “Honorable Kristin Bastian” hand signed by the Governor (who I respect immensely), with a handwritten “thanks Kristin” included, that made me so honored and thrilled, and kind of surprised, that I could achieve something like that in my life.
Posted by Jenna J. at 1:14 PM 0 comments

Credit cards can be either our best friends or our worst enemies. They can either save us money through rewards and benefits, or cost us money in interest and fees. The trick is to know your needs as a spender and what the policies are of the cards you own, or are interested in owning.

Every credit card serves a purpose. Listed below are four types of credit cards to help you decide which is best: 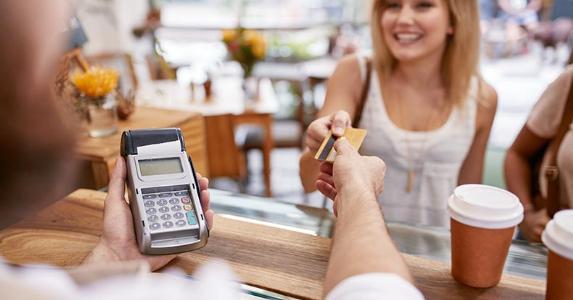 As the name implies, rewards cards are designed to give the users back rewards for regular use. Generally, this is in the form of points that are given back per dollar spent on the card. Other cards simply offer benefits when traveling or for free gifts are certain retail stores.

Travel: Many cards offer travel rewards by either giving points that can be used for travel or by earning points for dollars spent on travel. The Barclaycard Arrival Plus World Elite MasterCard gives users 2 “miles” for each dollar spent on the card. Miles can be redeemed for travel or cash back statement credits. The redemption values of miles vary but are usually one cent per mile. When miles are redeemed for travel purposes, users get 5% miles back, making the effective mileage earnings for this card 2.1% when used for travel. The downside of many travel cards is that many come with an annual fee. When looking for a card, make sure that the earnings from the cards outweigh the price of the annual fee.

Cash Back: Similar to Travel cards, cash back cards offer points for each dollar spent on the card. Many offer different point values on the type of purchase made. For instance, some cards specialize in rewards for gas or groceries. They might have two or three points given for dollars spent in those specific categories, while only one for all other purchases. Generally, these cards either do not have an annual fee or have lower fees than travel cards.

Sign-up bonuses: Many travel cards and standard cash back cards offer a sign-up bonus when you first get approved for the card. They might offer 40,000 miles or points after spending $3,000 or so within the first 90 days of opening the card. The key to this is to make sure that you do not spend more than you normally would in order to achieve this sign-up bonus minimum. Is it really worth spending an extra $3,000 to earn $400 in rewards? In order to make sure you meet the spending minimum without breaking your budget, it is a good idea to open the card account right before you know a big purchase is coming up. Do you know you will need new tires? Need to pay off the upcoming semester of college? Open your account right before making that purchase and charge the purchase to the card. Just be sure that the big ticket item can be put on the card. Many things such as rent or car payments cannot be charged to credit.

Low interest cards are intended for people who plan to carry some debt over to the next month. Some cards even offer an interest-free period. Be very careful of these cards as the low interest rates can cause temptation to build up a high balance. Remember that the longer you allow a balance to stay on your card, the more it will accrue interest and the more difficult it will be to pay off.

Balance transfer cards can be beneficial for those who already carry a large amount of credit card debt. These cards allow users to shift debt from one card to the next and have varying parameters on paying that debt off. Often times, users can save money on interest and fees by using this method. Be sure to carefully review your balance transfer agreement before using this feature as it can also cause you to pay more in interest and fees or to max out cards. 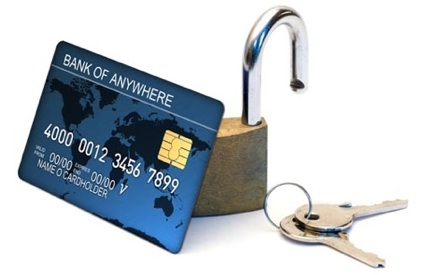 Secured cards are for individuals who have bad credit and are looking to build. These accounts allow users to post collateral when the account is open. If the cardholder does not make the regular payments on the card, funds can be pulled from this original deposit. The goal of a secured credit card is to build credit to eventually qualify for an unsecured credit card.