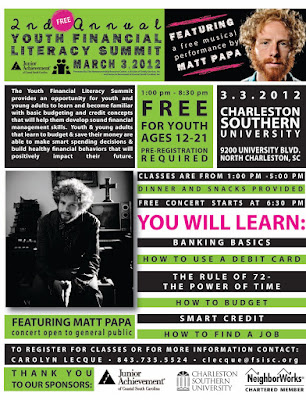 Washington, DC – According to the National Foundation for Credit Counseling (NFCC) December online poll, consumers remain very connected to their credit cards. When asked to rank their 2012 financial resolutions, only six percent of more than 2,300 respondents indicated that decreasing dependence on credit cards was their number one goal.

“At first glance, that statistic could appear to be a warning sign of future trouble. However, credit is not the problem. Instead, it is the misuse of credit that leads people into financial distress,” said Gail Cunningham, spokesperson for the NFCC.

Balancing the continuing reliance upon credit, an encouraging statistic from the poll is that the overwhelming majority, 62 percent, selected decreasing debt as their focus for 2012. “If consumers are able to decrease their debt load, continuing to use credit responsibly will help them meet the goal selected by 24 percent of respondents, that of increasing their credit score,” continued Cunningham.

While decreasing debt is always a positive, consumers should not neglect savings, yet that is exactly what respondents appear to be doing. Only eight percent of those weighing in ranked saving as their most important resolution. Without the security of a well-funded emergency savings account, consumers are living without a financial safety net, as unplanned expenses will occur, usually at the worst possible time.

The poll also revealed some interesting trending from 2010 when the identical question was posed. Showing the largest percentage difference between the years, the 2010 poll noted 69 percent of respondents were most interested in decreasing debt, compared to 62 percent in 2011.

The second largest year-over-year difference involved improving the credit score, with that category posting a six percent increase. In 2010, 18 percent of consumers chose increasing their credit score as their main goal, while in 2011, 24 percent selected that category as most important in the New Year. This increase indicates that consumers understand the relationship between the credit score and obtaining credit, confirming their interest in continuing to have access to credit.

“The poll suggests that consumers have recognized the importance of achieving financial stability, and intend to action. Nonetheless, even though paying down debt and improving the credit score are positive steps, the low priority placed on savings is disturbing,” said Cunningham.

The actual poll question and answers are as follows:

Note: The NFCC’s December Financial Literacy Opinion Index was conducted via the homepage of the NFCC Web site (www.DebtAdvice.org) from December 1 - 31, 2011 and was answered by 2,319 individuals.