When it comes to boosting your FICO credit scores there are a variety of strategies that will yield varying amounts of improvement. Many people believe that getting negative information removed from your credit reports is the number one way to increase your scores. This is correct but only if the consumer is successful at getting most, if not all, of the negative information removed. Getting one of your twelve collections removed isn’t going to do anything for your scores.

A much more actionable (and realistic) way to increase your scores is to pay off debt. Not only is this a proven way to earn better scores but also it’s practically immediate. Paying down debt can result in a better score in less than 30 days, which is lightening fast in the slow moving credit-reporting environment.

But before you crack open your checkbook you’ll want to consider WHICH debt you’re going to eliminate. Why? Because when it comes to improving your credit scores not all “debt elimination” is created equal. In fact, paying some huge debts will yield little to no score improvement while paying smaller debts can result in meaningful score boost.

sing a scoring tool built by FICO, I recently simulated the following “pay off” scenarios and measured their impact to a FICO score of 630, which is clearly one that you’d like to improve. Nothing other than the following actions changed on the credit report.

The results are as follows…

I’ve been telling people for many years that installment debt, even in large amounts, doesn’t have much of an impact to your scores. This is the quantification of that advice. And while this is just a simulation, in 2010 I sold a house and eliminated a $249,000 mortgage and my FICO scores went up four points.

An auto loan is an installment loan (like a mortgage) and the effect of paying it off is equally unimpressive from a scoring perspective. Don’t get me wrong; it’s nice not having a monthly car payment. And, it’ll save you big bucks not paying interest on a $35,000 loan any longer.

Eliminating the credit card debt resulted in the largest improvement to the credit score, and really it wasn’t even a close race. Credit card debt is scientifically proven to be a riskier type of credit for lenders to extend, which means even smaller amounts like what was used in the simulation can have a significant impact to your FICO scores. It also means if you can pay it off your scores will improve a lot, and very quickly. And even if you can’t pay off your credit cards 100%, your scores will still improve by paying it down as much as possible. 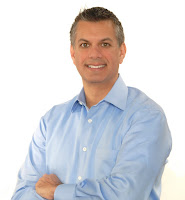 John Ulzheimer is the President of Consumer Education at SmartCredit.com, the credit blogger for Mint.com, and a Contributor for the National Foundation for Credit Counseling. He is an expert on credit reporting, credit scoring and identity theft. Formerly of FICO, Equifax and Credit.com, John is the only recognized credit expert who actually comes from the credit industry. Follow him on Twitter here.

When trying to save money, consumers choose to keep technology and cut back in other areas

Washington, DC – The June Financial Literacy Opinion Index poll hosted on the National Foundation for Credit Counseling (NFCC) website revealed that in order to save money, people are willing to give up eating out, shopping, fancy coffees and cable TV, but they remain very attached to their cell phone and Internet services.

When asked to select the last thing they would give up in order to save money, only one percent of the 3,148 poll respondents insisted on keeping their designer coffee, one percent couldn't do without online or catalogue shopping, four percent would have trouble eliminating eating out, while eight percent were reluctant to pull the plug on their cable TV.

By contrast, 32 percent said they would be least likely to discontinue their home Internet service, while the majority, 53 percent, would refuse to say goodbye to their cell phone.

“It appears that Americans love their technology and are determined to stay connected,” said Gail Cunningham, spokesperson for the NFCC. “However, they may still have the opportunity to save money in those areas by examining their current cell phone and Internet plans. People often have plans with bells and whistles they seldom use, and discontinuing such services can save a significant amount of money.”

The poll results indicate that consumers are making logical choices when determining where to cut back, as they elected to eliminate spending in the areas where the lifestyle change would be least noticed, thus increasing the likelihood of sustainability. For instance, they can brew coffee at home, prepare meals at home, and control their shopping. Giving up cable seemed doable possibly due to the many viewing options available online or via a cell phone.

It is not surprising that consumers are reluctant to part with their Internet service and cell phones, as the poll confirms that Americans consider these as must-haves. Computer use has become ingrained as a part of people’s everyday activities as they rely on their Internet access to, among other things, search for a job, connect with friends, research a project, trade stocks, for entertainment and to stay up to date on breaking news.

Today’s consumers may be reluctant to give up their cell phone, not only due to convenience, but because they have disconnected their land line in favor of their cell as the main source of verbal communication. Considering the capabilities of today’s smart phones, tech-savvy consumers have begun to rely on their cells to perform many of the same tasks as their computer.

“It is encouraging that consumers appear to have thought through their cost-cutting decisions, and have made wise choices,” continued Cunningham. “This level of awareness will not only help people ride out the difficult economic times they’re currently experiencing, but result in a more stable financial future.”

If you need help finding realistic ways to control spending, reach out to a trained and certified housing counselor through an NFCC Member Agency. To be automatically connected to the location closest to you, dial (800) 388-2227, or go online to www.DebtAdvice.org. For assistance in Spanish, call (800) 682-9832.

The June poll question and results are as follows:

In order to save money, the last thing I would give up is

Note: The NFCC’s June Financial Literacy Opinion Index was conducted via the homepage of the NFCC Web site (www.DebtAdvice.org) from June 1 - 30, 2011 and was answered by 3,148 individuals.

onsumer credit rose by $5.08 billion in May, marking the eighth straight monthly increase, as credit card debt had its largest gain in three years, according to the Federal Reserve's monthly G.19 report.

Revolving credit, 98% of which is credit card debt, soared by $3.36 billion after declining by $876.7 million in April. It marks the biggest increase in credit card debt for any month since mid-2008.

The figures suggest a willingness to keep borrowing despite a tight job market and unstable economy. It's possible the rise is occurring as consumers facing limited job prospects turn to credit cards more often to pay bills. (emphasis mine)

Non-revolving credit, which includes categories such as student loans and auto loans, expanded by $1.7 billion in May after shooting up by $6.54 billion in April.

The total of all consumer credit outstanding in May reached $2.432 trillion, up from a total of $2.427 trillion in April.