The greater purpose - a VISTA story 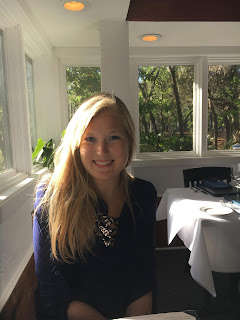 Opening minds and coming to the realization that we need to collaborate to improve our community ourselves is the true meaning of service. I was raised in a family where you work to pay the bills, and when you have time on the side, you serve others. This may very well work for some, but in the end, America is facing a plethora of social and economic issues, and it is the responsibility of each community, and the country as a whole, to identify the root of issues, and make strategic, active and real change.

An important aspect of service, is putting more of yourself into something, and receiving less, if not significantly less in return. We exist in a world where everything is exchanged for something. One does a job at a certain level to receive a certain pay. In the nonprofit sector, specifically in my current position, I am putting vastly more of myself into my job than I am getting in return, quantitatively. However, there is enlightenment in realizing the greater purpose served.

What service means to me personally, is maximizing my own talents and strengths, and focusing that on issues that matter. We live in a world that is in great need. If I can be the change I want to see in the world, and make genuine improvements to the community I live in – I would feel fulfilled. I found a quote a while back that I identified with quite a bit:

“Heroes are made by the paths they choose not the powers they are graced with.”

I’m sure there are many career paths I could have chosen, but working in the nonprofit sector serving a true, clear, and meaningful purpose, grows me as an individual, and hopefully creates a better society. 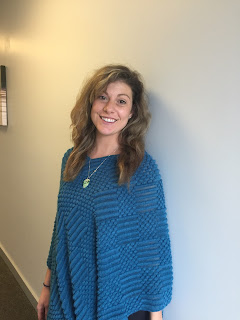 What Does Service Mean to Me?

To answer the question presented above, I will start by defining the word “service” as it appears in The American Heritage® Dictionary of the English Language, 4th Edition.  The entry for the word is as follows:

From a personal perspective, the way that I define “service” has changed recently, which I will get to later. In the past, I would view the word “service” and the word “sacrifice” as two words with the same meaning. To serve something other than oneself, whether it be a cause, a country, people, the planet, anything, requires time, focus, and energy. This is time, focus, and energy that one intentionally forfeits for the sake of something or someone else; and it is usually thought to be for something of a lesser value…usually.

In my case, my year of service as a VISTA has required me to make sacrifices I never saw myself making before now. Sure, I knew this year would be tough financially and I would have to work extra hard to make it work. I knew this beforehand, considered it, and decided it didn’t matter because the opportunity was worth it to me.

Until you actually live it, feel it, and experience it in the present tense, you don’t have any idea of what an experience will actually be like; it’s simply a dream of the future. In my life, I have worked hard and I know what it feels like.  In terms of sacrifices this year, I took a pay cut which has required me to work two jobs so that I can support myself financially. Working two jobs requires a person to surrender a lot of personal time and energy, and there are many hard working people who know the meaning and feeling of this sacrifice very well.

I have gained hope because I know that I can truly make a difference.

Service may be about sacrifice and devotion, but for me, service has given me so many things of a much greater value.

The act of serving - a VISTA story 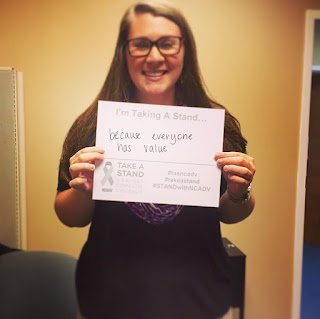 To me, service is a simple word that is truly anything but simple. The act of serving itself isn’t necessarily complicated but if you really think about everything that goes into it, serving can be overwhelming. Some people serve for an hour or a day but when you commit to serve for an extended amount of time it’s hard to prepare yourself for that. Service can come in many different shapes and sizes. Service can be a simple act, like a smile to a stranger or a hug to a friend. It can be a willingness to listen or a silent presence to someone who needs comfort.

Some people serve very literally, like what we do as VISTAs. I do believe my definition of service is different now than it was in August when I first began this year of service. Sometimes it’s finding the motivation to carry on when all you want to do is quit and go find a job that pays real money. But that’s not really why we’re here, is it? The kind of service I want to be a part of is one of genuine willingness to volunteer my time and abilities in an effort to enrich someone else’s life. It easy to say those words but living that out day to day is a constant battle.

Nowadays, it seems like we are being less concerned with general welfare of others than we are with ourselves. Why is kindness not a natural reaction everyone has?

I wish that was really how it worked and we could literally throw kindness to everyone we came in contact with. In my opinion, service can never just have one meaning. It is a culmination of many different things but I think it is done best when it’s genuine and from the heart, not out of obligation.

Housing Equality Equals Social Equality
46.5 million, # of Americans who currently live in poverty.
16.1 million, # of children in America currently living in poverty.
1964, the year Lyndon B. Johnson proclaimed a “war on poverty.”
52, # of years since then .
22 trillion, the amount of dollars we have spent on our attempts to eliminate poverty since  1964.
In 1964, President Lyndon B. Johnson proclaimed a "war on poverty."  LBJ called on the people of America to build a "Great Society" that eliminated the troubles of the poor.
Half a century has passed and trillions spent, yet we have accomplished very little in terms of defeating poverty. 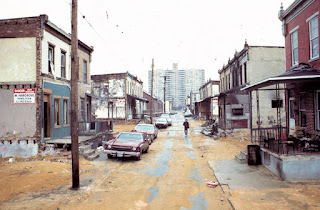 How did we get here?
The unaffordable housing crisis in America is a huge contributor to the seemingly endless chain that many Americans know so well as the poverty cycle.  And what’s more, it is a social issue that impacts society as a whole. No one is spared from the effects of poverty.  If you think that you yourself, or a certain class within our society is removed from the effects of the housing crisis, LISTEN UP! Experts say unaffordable housing will soon affect more than just low income households. It is expected that households with average median incomes will also know the struggle that so many are faced with in relation to affordable housing. 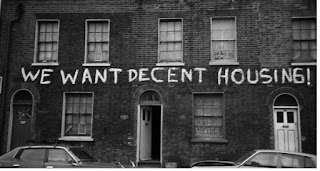 The environment and community that human beings live in and grow up within directly determines or, at the very least influences their opportunities, behavior, life choices, and path they take in life.  Studies prove that the communities associated with low-income housing and or “public housing” have limited, if any, access to social services or supportive educational services.
It is no surprise that these are the neighborhoods with chronic unemployment, the highest crime & incarceration rates, the most drug & gang related activity, and the highest reports of child and domestic abuse. The individuals residing in these neighborhoods are usually not given the opportunities needed to pursue higher education which leads to better jobs, which could and undoubtedly would break the cycle of poverty. In his article Want Equality? Start with Providing Housing That People Can Afford, Larry Checco says it best.  He states that the isolation of “entire segments of our population in dilapidated, rundown tenements” creates “Petri dishes for antisocial behavior.” Now we can begin to see how this creates a need for more costly social & entitlement programs and other public services, which are burdens felt by society as a whole.
Resolutions 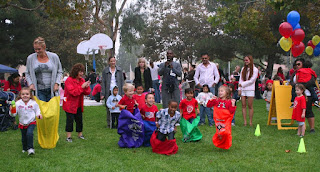 The NHP Foundation, which is a national affordable housing nonprofit located in New York City, offers several solutions to help end the crisis.  In their article Unaffordable Housing: A Root Cause of Social Inequality, the foundation said one of the most important steps we can take is to change our perceptions on the housing crisis, “see it for what it is…. a root cause of social inequality.” Another suggestion they offer is to establish and strengthen the support “among public and private sector leaders to increase funding and re-engage the philanthropic community.” This way, nonprofits within the field will be able to provide “services that improve quality of tenants’ lives.”

Where can we go from here? 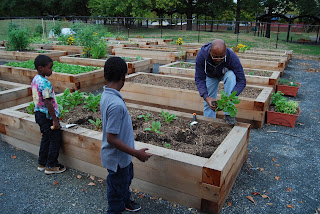 I think we need to ask ourselves a couple of questions. What do we envision for our future? Do we imagine a reality with equality and justice for all people? If so, then our attention and focus should be on providing everyone with housing that is safe, clean and affordable.  Arthur Brooks, the president of American Enterprise Institute said, “We need to stop treating poor people as liabilities to be managed, and begin to see them as assets to be developed.”  We can certainly start by ensuring everyone has quality housing that grants individuals the opportunities they need to flourish and thrive.
By: Lindsey Jenkins