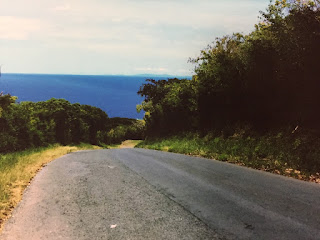 Mr. Soleyn has been a client of Family Services, Inc. since 2007.  He was born on the Caribbean island of St. Croix, but moved to New York when he was in high school.  Mr. Soleyn is a Vietnam Army Veteran.  He is 67 years old and has suffered from several strokes and seizures which make it difficult for him to verbally communicate. These strokes and seizures have also left him as a quadriplegic and unable to care for his self. He suffered his first stroke 30 years ago and he has spent the last three decades in a VA nursing home.  Mr. Soleyn was in a conservator program for 15 -20 years before he became FSI’s client.

A nurse who works at Mr. Soleyn‘s residence truly listened with her whole heart when Mr. Soleyn expressed his deep wishes to return to his homeland of St. Croix. She too is from St. Croix and she understood his longing desire to visit home. She made the connections and contacted FSI employee Mary Heatherly, Mr. Soleyn’s conservator counselor, to see if the trip would be possible. It had been more than 40 years since his last visit to St. Croix.  Mary knew that Mr. Soleyn had the available funds to make the trip but she also knew that she needed the approval of a judge.  Mary spoke with the judge and was told, “Well, it is his money, you make it happen!”  Mary knew that in order to make Mr. Soleyn’s dream come true, there would be many barriers to cross due to his physical condition. She also knew that it would take a lot of team work. She decided to plow forward whole heartedly with determination to make his dream a reality.

Linda, a nurse, and her husband, Dale, agreed to escort Mr. Soleyn down to St. Croix and be his caregivers for the duration of the trip. Many FSI employees along with Linda and Dale coordinated the details of the trip and contacted his family members. This was no easy task because he didn’t have a passport or a drivers’ license, and special arrangements had to be made due to Mr. Soleyn’s physical condition. Mary said there were “three pages of single spaced items to conquer” in order to make this trip a possibility. “Everybody had their part to play,” she said. 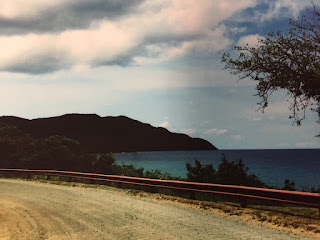 Mr. Soleyn had a few requests upon visiting St. Croix. He wanted to eat island food, see his mother’s grave, and see his family. They arranged two family reunions at local restaurants for Mr. Solyen. While in one of the restaurants, he found out the owner was his cousin. They took him to the church where his mother grew up in and to see where his mother was buried. “He had tears rolling down his face,” Linda said.  Both Dale and Linda knew that it wouldn’t be a vacation for them but said “to see him happy and light up at certain foods and see raw emotion” made it all worth it.  On the last day, he was so happy, he didn’t want to leave. “We haven’t seen him this happy in all these years. This was a God thing and a blessing to everyone involved,” said Mary.
*Name has been changed for protection of privacy
By: Lindsey Jenkins