I'm a SURVIVOR, I'm going to make it

Every year after that my doctor stayed on me to have another, but, like most women, I just ignored it.

In 2012, my doctor made the appointment for me and I decided it was best that I go and thank goodness I did. As a result of my mammogram, the doctor found a small mass. Even though self checks are important, this one was undetectable by touch so I believe mammogram screenings are more important than anything. When it was found, I was only at a stage -0-, which means the cancer had not spread outside of the cell wall. I was not required to have chemo but did have a lumpectomy (which left me somewhat disfigured), and I went through 33 daily radiation treatments which leave your skin burned and your body exhausted.

It has been three and a half years since my surgery, but, as a result of the radiation, I still get easily fatigued and have permanent bone loss in my ribs leaving me susceptible to fractures. I was truly blessed to have caught it so early. Early detection saved me from chemo and hopefully the chance that it will return. 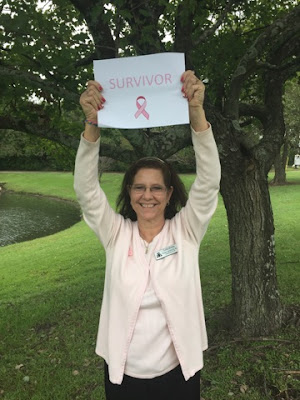 Had I waited just one more year, I could have been at stage 2-3 and would have had chemo. If I had waited and the cancer was discovered in the later stages, my chances of recovery would have decreased and the possibility of it returning would have increased.

Case in point:
My sister, who is 19 months younger than me, also put off going in for her mammogram.  Once I was diagnosed, she decided it was best that she go. When she did, she found out that she too had breast cancer and was already at stage 2.  She went through a double mastectomy, chemo, and was put on a medication for five years (which gives her serious side effects). Had she gone in just a year sooner, she may have been lucky like I was. Thankfully, she is cancer free today but her road has been and will be much more devastating than mine.

I urge all women of [doctor-recommended] age, and even younger folks with a family history, to have screenings done on a regular basis. Visiting your doctor for a physical exam is important, but as I mentioned, mine was only found by the mammogram. Once you are diagnosed, your mind goes crazy and you begin think of the worst case scenario. I had good doctors and I did as a I was told by having ultrasounds, MRIs, other procedures and sticking to my follow up care. I have overcome cancer and can proudly say I am a survivor!

Should you become diagnosed, my best advice is do as you are told, stay in touch with your doctors, and most importantly keep your faith strong and you will overcome and be a survivor too! 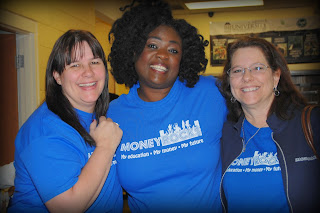 By Laura Jeffers, Bankruptcy/Credit Counselor
Posted by Unknown at 10:48 AM 0 comments

Affordable housing - is it hard to find?? 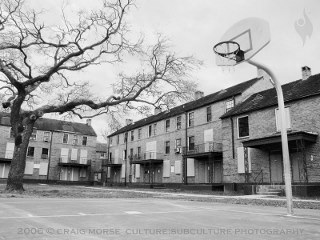 Is affordable housing something that is difficult to find? Section 8 or not, it is difficult to find a good home, in an area that is not only nice, but provides you with the things you need.  So, for many, if not most, the answer is yes.  According to Berkeley-Charleston-Dorchester Housing Needs Assessment of 2014, “A thriving region is weakened by an unaffordable housing market that fails to meet the needs of its residents.” And what is more, “If the housing issues facing the region are ignored, residents will continue to migrate to the outskirts of the region where fewer employment centers exist, public transportation is inaccessible, and public facilities are scarce.”  Who then takes the responsibility to solve this issue? Berkeley-Charleston-Dorchester Housing Needs Assessment of 2014 says it should be, “a collaborative effort of local governments, housing providers, community leaders, private sector businesses, non-profit organizations, and other key stakeholders is required to address the housing affordability crisis the region is facing and plan for the future of our community.”

At Family Services Inc. (FSI), we are doing our part to help the affordable housing crisis in the region. FSI offers a number of Housing Stability Programs.  We offer classes that help to pull people out of poverty by equipping them with the knowledge they need on many subjects. Our Homeownership Resource Center is a HUD- and South Carolina State Housing-approved agency that offers assistance in areas such as home purchase advising, down payment & closing cost assistance loans, foreclosure prevention counseling, reverse mortgage counseling, and fair housing workshops. The Homeownership Resource Center not only makes it possible, but gives people a chance to own their first home. Another way that FSI is fighting poverty is through homeless prevention services such as, Lease on Life, Shelter Plus Care- Home to Stay Program, and Supportive Services for Veteran Families.

Lease on Life program provides permanent supportive housing to chronically homeless individuals. Participants are disabled and have been homeless for at least a year or four times or more within the last three years.

Shelter Care Plus program allows FSI to obtain and subsidize permanent housing for individuals who are clients of Charleston-Dorchester Mental Health Center.

Supportive Services for Veteran Families is a service that exists to assist very low-income veterans in the Charleston Tri-County area who are currently homeless or need assistance to avoid homelessness.

If you are, or someone you know is a veteran in need of housing assistance, please contact the SSVF information line at 843.737.8389.

What exactly is Section 8 housing?
Section 8 housing provides people with low income or almost no income a solution to potentially being homeless.  The individuals that qualify are required to pay 30% of their monthly income to rent.  The rest of their rent is paid by the local housing authority.  The waiting list to receive federal rent subsidies is quite long. Recipients often wait years before they ever receive a voucher.  Once they receive the voucher, they may begin to look for a place to live that falls within the price range.

According to an article in the Post and Courier, the tenants who rely on federal rent subsidies were originally told they had 30 days to pack up and leave their “homes” for good.  However, several S.C. Human Affairs Commission complaints were filed due to this, and the State Representative, Wendell Gilliard, met with the company that manages the apartments. This proved to have some effect because shortly after, the Section 8 tenants received notice that they would be allowed to stay in their current homes until May 2016.

Gilliard asked Trademark Residential to grant these tenants a time span of one year to move, and to pay their moving expenses as well. What they actually received was a $25 rent increase and they were given until May 2016 before they must leave.

In a sense, this agreement or compromise was a saving grace for many, if not all of these tenants.  Statistics show that most of the people who rely on Section 8 are either senior citizens, mentally or physically disable, or veterans.  A lot of them do not have anyone to care for them, which is why they rely on the housing stipend in the first place. To give them a month or less to find a new home and move out would have been near impossible for most.

A similar situation in North Charleston also has the potential to leave the tenants of Dor-Towne Apartments on Dorchester Road in North Charleston.  The tenants who currently occupy the 84-unit apartment space were told they had a month to vacate the premises after it was purchased by a firm from North Carolina for $4.1 million. Although these residents do not rely on federal housing subsidies, they are considered to be low-income tenants. This clearly portrays the less flattering side of the real estate boom.

An apartment market research firm based in Charlotte states that within the past year, the average rental rate has increased about 5.4%. The monthly average in the Charleston area for a one-bedroom unit is $907.

In South Carolina, the fair market rate for a two-bedroom apartment is $758, according to the National Low Income Housing Coalition. A renter, without paying more than 30 percent of income on housing, would need to earn $14.57 per hour to stay in a two-bedroom unit, according to the coalition. The necessary wage rises to $18.08 an hour in the Greater Charleston area, the highest of any metropolitan region in the state. The minimum wage in South Carolina is $7.25 an hour.

Do all landlords accept Section 8 tenants?
Landlords are not required to rent to people who have Section 8 vouchers.  In fact, this is why most places that do accept Section 8 tenants have a waiting list a mile long. It could take up to a year before they have space for them. If landlords decide to accept tenants with these vouchers, there may not be a shortage. This means that it is not under the landlord’s discretion to determine how many Section tenants they are willing to accept.  If the door is open to one, it must be open to all, as long as there are vacancies.  Most of the time, landlords receive 20 percent less in rent from the Section 8 tenant than they would be able to get from a different tenant without a federal housing voucher.  This often turns landlords away from openly accepting the Section 8 tenant.
On a different note, Section 8 tenants can also be a saving grace for many property owners, especially if the property is located in area that is known for theft, vandalism, violence, or drugs.   In addition to this, their rent is guaranteed to always be paid on time and directly deposited into the landlord’s account.